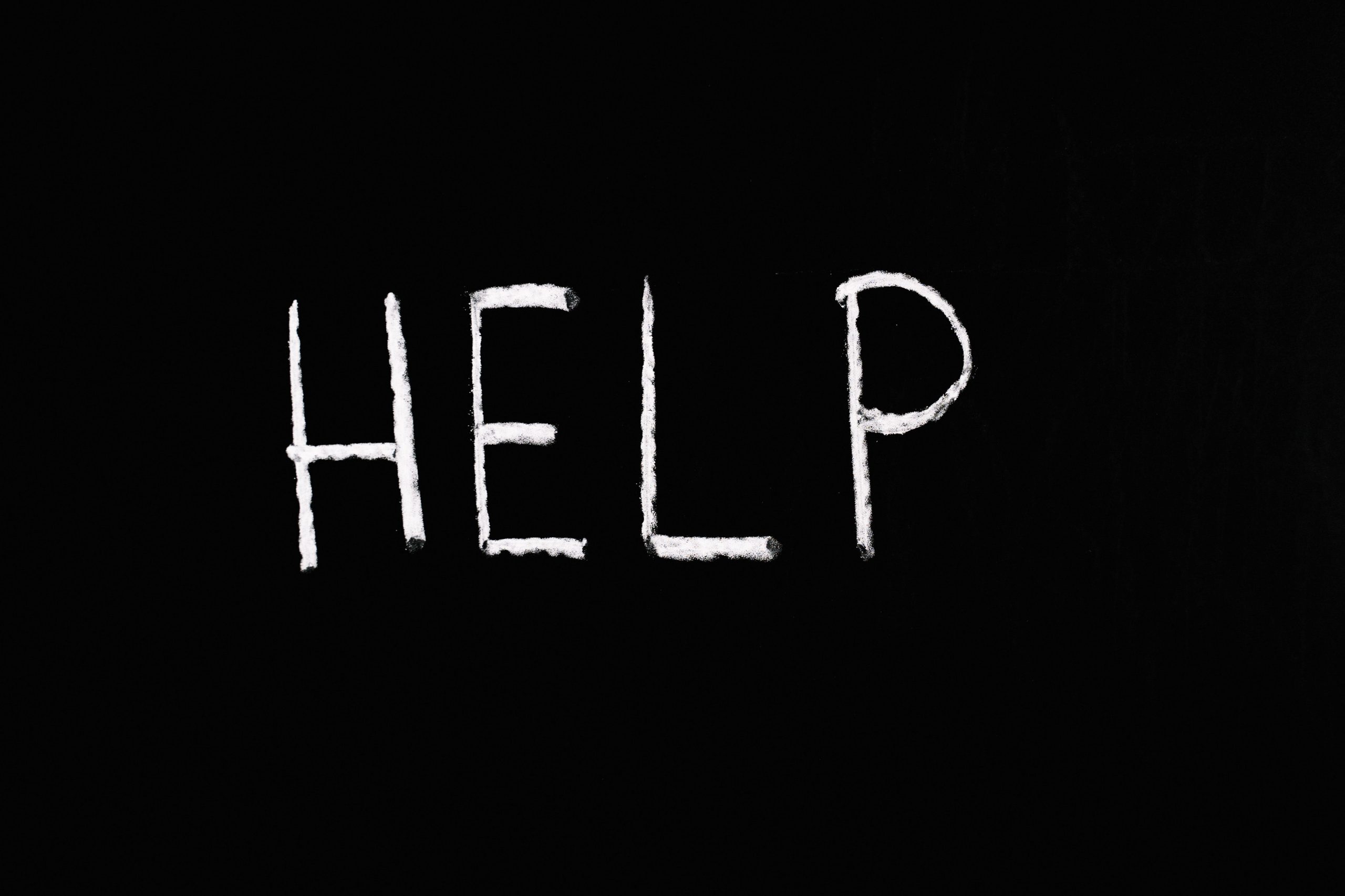 The tragic death of Big Brother star Nikki Grahame from anorexia nervosa put eating disorders in the spotlight this week. A life lost too soon by this terrible illness is not a rare occurrence and I am always initially encouraged to see awareness being raised of the devastation that comes with an eating disorder and the need for better support for sufferers. The awareness will soon fade however, and my frustration with the reality that eating disorders are rarely taken seriously enough will continue.

And it is a reality. Eating disorders are rarely taken seriously enough, despite the number of deaths they cause. As I have noted elsewhere in my blogs (and I repeat it because it is a frightening fact that people should realise), anorexia in particular has the highest mortality rate of all psychiatric diseases. Death is not just from the medical complications of the illness, such as cardiac arrest. Suicide is a major cause of death amongst people with anorexia. Sufferers simply cannot cope with the pain anymore. It is like existing in a cold cage that cannot be escaped from because of the beast of an illness that keeps the sufferer inside. What’s worse, those who are meant to help them escape don’t seem to have a clue.

Why is this the case? Why are people with eating disorders who actually have the courage to seek help not able to get any? Why aren’t those who are meant to be able to help people with illnesses able to do anything?

I know it’s not straightforward. There is a huge stigma associated with eating disorders. People feel ashamed and embarrassed by what their eating disorder does to them. Also, their eating disorder convinces them that they are “not that bad” and so don’t warrant help. Let’s not forget, we are dealing with an illness that distorts people’s minds and how they see themselves. While someone with an eating disorder sees themselves as “not ill enough” (when the reality is, they ARE seriously unwell), this same dismissive message is too often reinforced by medical professionals.

I have heard countless stories of people with eating disorders trying to seek help from their GP only to be told they aren’t thin enough, bingeing enough or making themselves vomit enough to be categorised as having an eating disorder. One GP even said to “think of the starving children in Africa”! Most sufferers are given a prescription for antidepressants and sent on their way. In the meantime, the eating disorder continues to tighten its grip on the sufferer, and the lifespan of their illness lengthens, with greater suffering and less and less chance of recovery.

While depression and anxiety disorders are common comorbidities associated with eating disorders, it is the effects of starvation and unstable eating that need to be recognised in line with these diagnoses. Someone is going to feel very low when they are starving, binge-eating or purging. Medication prescribed for anorexia in particular has been found to have little benefit and can actually be dangerous, considering the risk of side effects in people who are malnourished.

I don’t want it to seem like I am blaming medical professionals. Research has shown medical students get less than two hours of training on eating disorders over four to six years of undergraduate study. If there is barely any training in this area, how are they meant to know what to do when they are faced with someone with an eating disorder? Research suggests that GPs are more comfortable diagnosing eating disorders if a specialist service is in their area. So, if a specialist service isn’t nearby, does that mean you’re just unlucky?

It is not uncommon for people with the most severe eating disorders to have to traipse to the other side of the country to receive in-patient treatment because of the lack of services in local areas. It is important to highlight though that being able to get funding to have treatment in such a setting would be lucky.

With people with eating disorders most commonly being teenagers, the impact of being taken out of the family home when they are very unwell and placed in a hospital setting is underestimated. It can be terrifying for these young people. Not only are they trying to survive a deadly illness, they have to do so away from caregivers. Loved ones can obviously visit, but with the sufferer potentially being hundreds of miles away, it isn’t easy.

The toll it takes on families is massive. But for the sufferer, it is heart-breaking. These in-patient settings frequently operate through an award and punishment approach. For example, don’t expect to go to the bathroom unaccompanied or be able to go for a walk with family (if they were able to visit) if weight targets aren’t met. Perhaps it isn’t all that surprising to learn that hospital admissions for eating disorders are strongly correlated with poor outcomes. Brief hospital admissions for critical care during life threatening instances or after overdose may be associated with lower mortality, however.

This leaves us with a number of worrying realities: Eating disorders are complex and the sufferer can be reluctant to get help; when they do seek help, the eating disorder is often not recognised or not taken seriously; getting specialist help is a postcode lottery; when specialist help - such as via an in-patient hospital - is available, they rarely work and can be traumatic for the sufferer; and the longer a person has an eating disorder, the less likely they are to recover.

What is the answer?

The Welsh Government conducted an eating disorder service review in 2018, which notes the need for a more inclusive service for the treatment of people with eating disorders, no matter how severe or what age they are. It shows the need for a massive reconfiguration of the service with a focus on promoting wellbeing and timely, effectively early intervention.

The review states: “It is now important that the Welsh eating disorder services move from ‘back foot’ delivery of healthcare to ill patients, to ‘front foot’ pro-active investment in prevention and assertive early intervention with identification and prompt treatment of people with eating disorders before they get severely ill.”

There are 22 recommendations outlined in the review and what is crystal clear is that eating disorder services in Wales are significantly under-resourced and underfunded.

It appears that a more community focussed, out-patient approach is beneficial in terms of treatment. Evidence shows in-patient psychiatric treatment for anorexia does not provide advantages over out-patient treatment. It has been shown that out-patients do very poorly when transferred to in-patient settings. However, hospital admission for severe cases will be needed to keep sufferers alive. Mental health legislation is used when treatment is refused (which is not uncommon in people whose anorexia has a severe hold on them and is therefore critically ill).

It seems a more holistic approach is needed to help people recover from eating disorders. The support of a GP to manage physiological risk, a dietician to help support careful nutritional rehabilitation, and psychological support from a counsellor or psychotherapist, are key elements that can together, give a solid basis from which to help a person fight their eating disorder safely. The inclusion of support from family or caregivers should not be underestimated. Family work is a well-researched intervention that has been shown to have a positive impact. Research shows the importance of hope, motivation, self-efficacy and support from others in the recovery process from anorexia.

It is possible to recover from eating disorders but people living with these illnesses need access to appropriate support from the outset. This means being taken seriously from the moment help is sought - not being turned away to endure prolonged suffering.

I cannot emphasise enough how devastating eating disorders can be. They destroy the life of the sufferer and everyone around them. It is about time something majorly significant was done about the lack of funding and support for these illnesses, before they take yet another life. Recommendations need to become action. 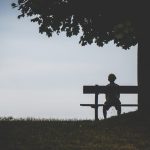 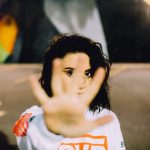 Your body’s reaction to denied emotions 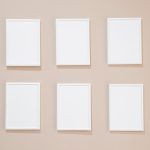 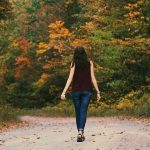 Interventions for depression: finding a treatment that’s right for you 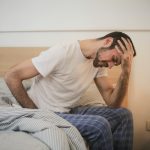